So this make it monday brings me to my need for keeping my fly away baba Yaga tresses under Control…also, it is February, and a new challenge in the Historical Sew Fortnightly Challenge..Yeah, I know, I am publishing this on March 1st…so what? There’s only 28 days of February in a non leap year…so I considered it a moment and took march first as the last day of February..so there!

February’s challenge at the Historical Sew Fortnightly is thus: Re-Make, Re-Use, Re-Fashion – Sew something that pays homage to the historical idea of re-using, re-making and re-fashioning. Turn one thing into another. Re-fit or re-fashion an old gown into something you would wear again. Re-trim a hat for a new outfit, or re-shape a modern hat to be a historical hat. Re-purpose the fabric from an old garment (your own or a commercial one) into a new garment.

My Old garment is an old white linen sideless surcote with trim. Yeppers, the poor old thing had holes from catching on everything it came up against…fence? yep nice hole on the side…tree bark? oh triple yeah, good sized hole in the bum region…so..today I tore it apart and have put it in the wash with dawn dish soap and ammonia to get rid of those stubborn horse arena stains and permanent ink fades from having a small child years ago think she needed to draw a daisy..good thing I caught her before she got too far…whewww…only a small black/grey stain now years later… 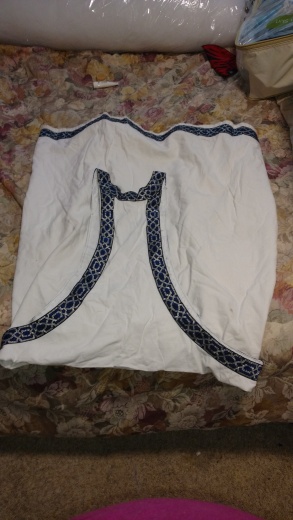 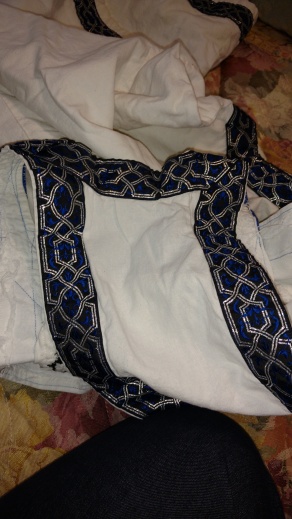 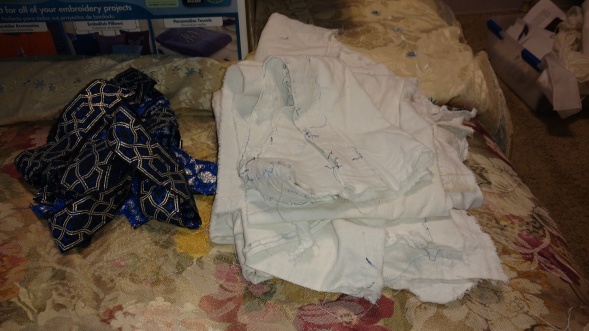 As the St. Birgitta’s cap is rather dainty It won’t take much fabric to make one, leaving me large hunks to eventually embroider something totally medieval on for a ladies sewing bag, or a set of “Pockets” to hide under a new surcote…yeah, yeah, I know..not 14th century period, but this is me not giving a rip…I have wide hips, so hiding things under the skirts won’t be a problem..

It got my pattern and instructions at: https://katafalk.wordpress.com/2014/01/16/st-birgittas-cap/, which were not too hard to follow and had pictures. This lady has a lot of really good tutorials for the medieval lady’s needs..go take a look…

Once the linen was white again and smelled better too, I dried it on high to re-shrink it then Ironed out the smaller pieces so that it would make pinning the pattern and cutting out easier. 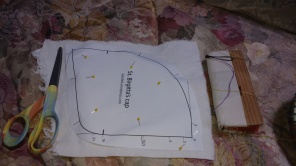 Now was the time to get the decision done about whether or not to hand sew the pieces or machine sew them, also came the decision to machine or hand embroider the brow band and center seam…hmmm…..This may take longer to deliberate upon…talking to myself again…sigh…Machine Sewn it is! Embroidery can come later.

So to get an idea of what this simple cap looks like I went out and found it on several websites…but if you do a google search on St. Birgitta’s Cap you’ll find it…

Pretty, eh what? hand sewn linen with hand embroidered lace insertion stitches down the center back seam and all around the border of the forehead strap…also what looks to be gathered and smocked at the back of the cap near the nape of the neck…nice. 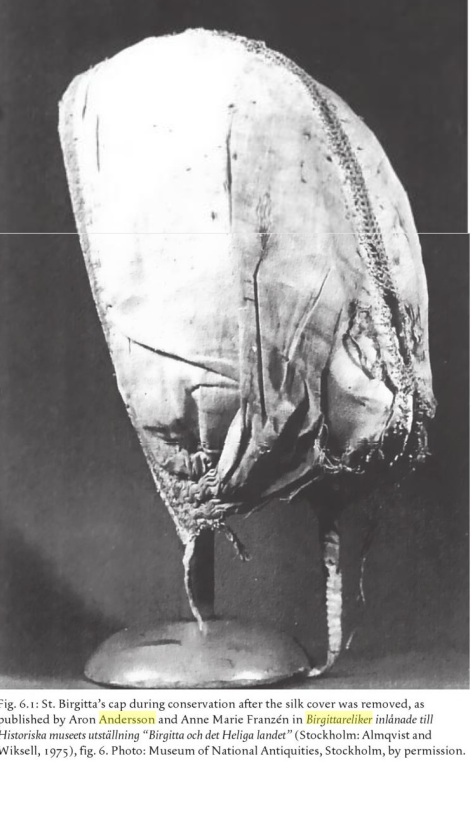 Okay, Mine is not so pretty. It is of course good enough at first glance and I can embroider it later to make it purty…All machine sewn of course, I do plan on one day getting off mah duff and hand sewing a St. Birgitta’s Cap, but if you look at the close ups of the pin, I made that and squashed the head good and flat to lay against the cap nicely. 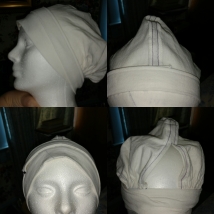 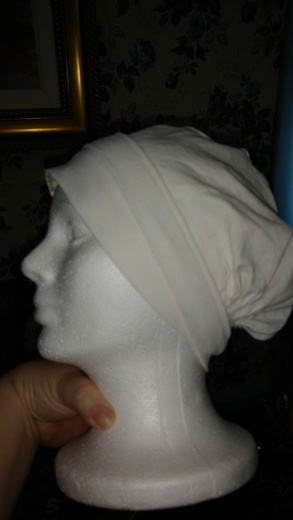 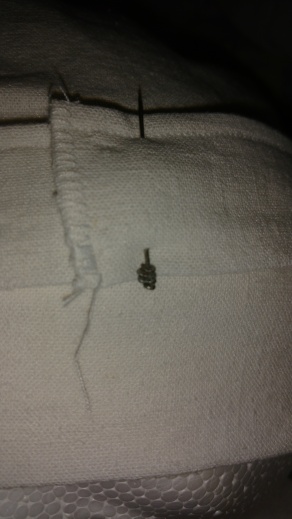 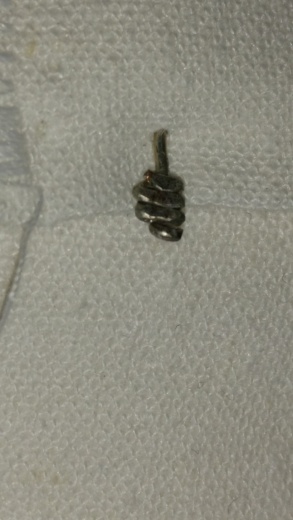 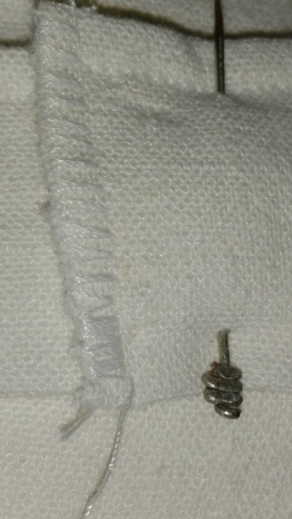 Should you want to join us or just observe the festivities, start here: http://thedreamstress.com/the-historical-sew-monthly-2017/